A few months ago, Glenn and Christian and Menno and myself created Sinister Ducks, a game with some quacking, for PyWeek 9, a contest to write a game in Python in a week. It plays a little like a simplified version of the arcade classic Joust - press fire to flap. When birds collide, the highest one wins, while the lowest one sheds feathers and plummets to the ground.

Since the competition, I've been polishing and refactoring for my own edification in odd hours here and there, and I'm pleased to declare that process finished. Behold, Sinister Ducks 1.0.2: 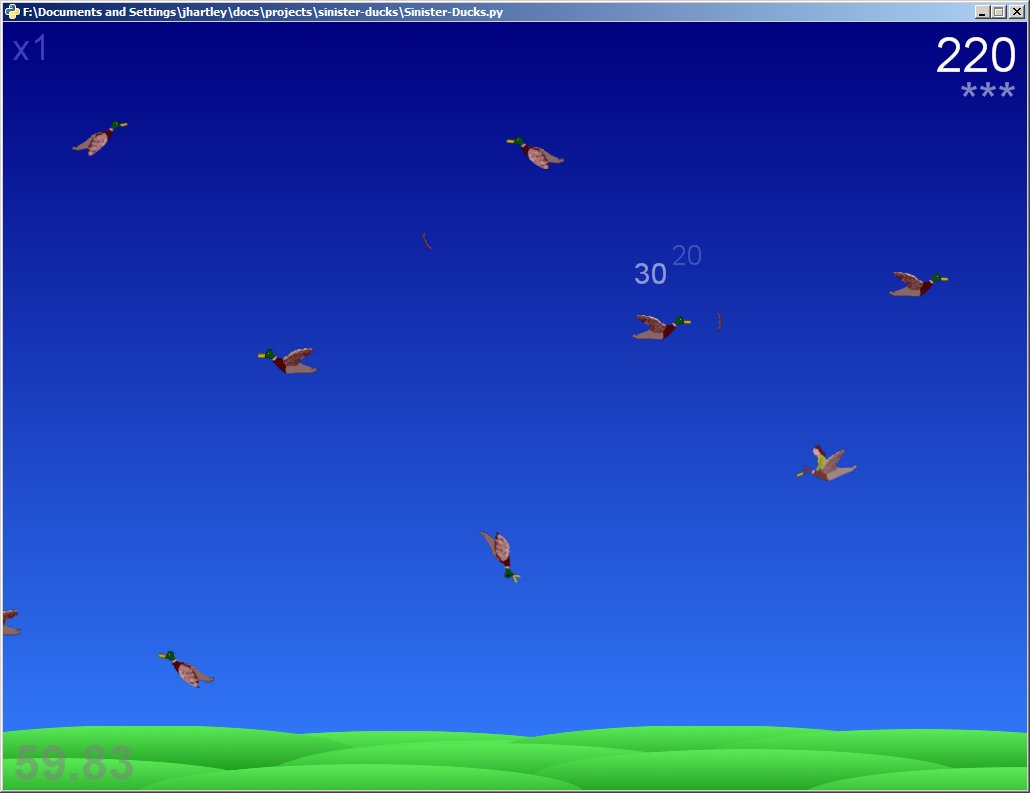 Things I added since the competition include:

From there, you can download a Windows 'release' to download, unzip and double-click, without having to mess about installing Python first. Or a source release, which will run on Linux or Macs, but you'll have to download Python yourself, and possibly install the dependencies manually too, sorry.