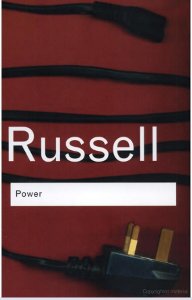 A jolly good romp through the ways in which power has manifested in human society throughout the millennia, the sources from which those powers derived, such as kingly fiat, religious fervour, nationalism or revolutionary unrest, and the ways in which power may be transformed from one type, such as from economic power to leadership, by means of propaganda. All these aspects are discussed in the historical context of their occurrence, with comparative references to the bewildering 'modern day' - a world on the brink of the second world war, and concluding in a heartfelt appeal to sanity in an attempt to avoid war, isery and subjugation. An entirely worthy tome in all senses of the word.