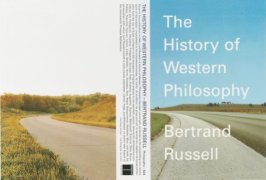 I've clearly been putting off this post for months, no doubt intimidated by my assumption that my review would have to be as weighty and well-considered as the tome itself. Screw that, a crap post is better than no post at all.

Overall, I enjoyed it greatly. It is a triumph in illustrating the breadth of the domain to a philosophical layman. It was as fascinating for me for the context in which different movements have arisen, for example the operation and mores of of ancient societies which differed greatly from our own, such as the Spartans.

In truth, my original acquisition of the book was partly motivated by a desire to justify my longstanding dismissal of philosophy as a meaningful discipline, and this narrow minded and self-fulfilling expectation was indeed confirmed to some extent.

The opening portion of the book, about ancient philosophy, made it all too easy to infer that the gems of ancient philosophy are very much rare pinnacles of achievement, set amidst a babble of incoherent theories and proclamations. The valuable ideas must be carefully searched out, extracted and refined, much as one might pan for gold on expansive shores of mud. However, this gratifying exercise in belittlement also brought with it an increment of my understanding as to why I feel this way.

It may be all very well for me to sit here nitpicking from atop the cumulative results of thousands of years of hindsight, but my shrill, gauche layman objections seem to be rarely well presented, and even less often indulged with a sensible rebuttal, so I'm glad that I read the book and gained some context in which to articulate them.

The raising of the intellect above the concerns of mere empiricism, as typified by the schools of Descartes and Plato, seems to be completely undermined by the apparently overlooked fact that there is no objective way of apprising the workings of 'pure reason.' The human mind, of course, is not capable of 'pure reason', if there even is such a thing, and is equally incapable of recognising its presence or absence in any given supposition. As a result, all exercises in deduction are extremely fallible, and this should come as no surprise to anyone who has ever forgotten or misjudged something. Just because the mind is not well understood, that does not make its machinations any less empirical than the evidence of the senses - what seems to us like logic is entirely subject to the vagueries of our implementation, regardless of whether or not our mind's implementation is embodied in our apparent physical brains or not.

To elevate the conclusions reached by this process above the concerns of mere empiricism is to put them beyond the reach of any form of feedback or discernment, a state of affairs which leads to entirely nonsensical stances standing uncontested for hundreds of years.

Because of this, I would argue that the teachings of thinkers such as Plato have in fact hindered the development of modern thought, not just by by blazing trails down several blind alleys, but more critically, by then systematically putting their own conclusions beyond the reach of criticism and refinement, effectively removing the intellectual tools that might have enabled pupils to retrace their steps, and map out the geography of thought more thoroughly.

The second portion of the book is the weakest, dealing with the only form of educated rumination occurring during the middle ages, which was religious in nature. It is perhaps unsurprising that a period such as this is notable for it's lack of original thought, barring individuals every few centuries such as Aquinas. As a result, large parts of this section degenerate into a litany of power struggles, assassinations and coronations, notable only for their tedium.

The final portion deals with modern philosophers, which regains the interest of the early sections, by virtue of describing the works of less religiously restricted protagonists, nurtured by the widening availability of education and communication, resulting in a glorious, chaotic competition of ideas. It was only during this section that I feel I gained an appreciation for the process itself, as opposed to the teachings of individual practitioners.

We, as humans, are rubbish at the act of thinking - we leap to conclusions, exhibit enormous biases, forget things, overlook things, make faulty correlations, are inconsistent, are influenced by personal gain and traumatic past experience, and worst of all: we are incapable of seeing these weaknesses - completely blind to our own incompetence. The means by which we evaluate our own conclusions are tied inextricably to the mechanism which derived them in the first place - we always think we are right.

Given this, it is no surprise that we can never agree on anything. We can never see each other's point of view. Whether tackling the problems of day-to-day life, or pondering the riddles of existence, a million different people will jump in a million different directions, no two quite the same. Most of those ideas turn out to be worthless. Idiocy that is detrimental or ineffectual. Only a few of them stick - and there is no way of knowing the merit or otherwise of any idea unless you have some criteria to judge them by. In day-to-day living, some ideas will allow the individual or group to prosper and be happy. In fields where objective measurement is possible - the sciences - then cumulative progress can be made, as successful ideas are shared and built upon.

Rating: 8/10: The box with which to call me philistine is below: