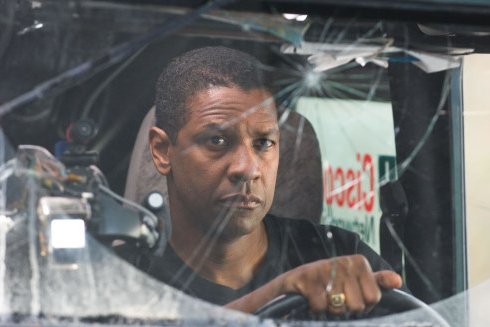 If you thought it was just a trick of the mind, prepare yourself for the truth.

Turns out 'the truth' is a half-baked sci-fi thriller, with one or two geek-cool moments involving a roving POV camera trick which can peer into any nook or cranny you like, so long as it's exactly four and a half days in the past. But there is no desire to even attempt any sort of coherent explanation, or even try to consistently stick to the logical implications of such a premise. It just forms the basis for some expensive effects and the opportunity for Denzel to strut his stuff as a typical hardass cop. If it wasn't for the fact I was trapped on a plane with three hundred other unbearable people anyway, I'd want my two hours back. Not even forgettable, more like regrettable, even for a sci-fi dork like me.