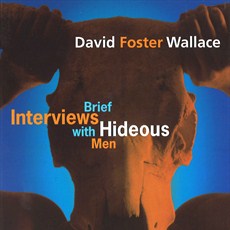 A collection of creative essays, varying from playful to unflinchingly uncomfortable, shot through with Wallace's typical humour and introspection.

I've tended to love and hate his other writing in equal measure, but with such ferocity that I unreservedly place him amongst my very favourite authors. There wasn't even much for me to hate in this one, relatively lacking as it is in labyrinthine footnotes.

A couple of the essays left me cold (Tri-Stan: I Sold Sissee Nar to Ecko springs to mind - presumably I'm missing the point entirely), but most of them I found thoroughly engaging and thought provoking. I'm tempted to read up on those that seemed most challenging to me (Church Not Made With Hands, say), and give them another try.

It's been a while. Rating:

0/10 if you don't want to delve deeply into sometimes uncomfortable subjects, such as depression, unconventional sex acts, and rape.

10/10 if you like to be stretched, or at least stirred around, in interesting directions.