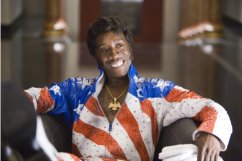 I really, really loved 12, despite the Mockney accent. I thought the script was just immaculate. I think I'm in a minority on that. Anyhow, I really hated this one, with its witless Godfather references. Rubbish all over. 3/10. 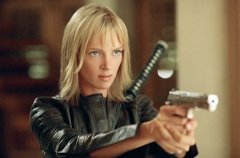 Speaking of not having read Hamlet, did you see that awful Tarantino quote recently? Something along the lines of "I mean, I haven't read any Shakespeare, but people are keep comparing me to him, it's kinda uncanny, you know?" Twazzock. 7/10.

Blink is by the same guy who wrote Tipping Point, which I never read, and was another foolish airport buy, induced by the sheer peer pressure of it being popular. It features enough content to fill three or four fairly interesting blog posts about the under-utilised ability of the subconscious mind to come to rapid decisions which are sometimes inordinately useful but rarely trusted in our left-brain dominated society. This was then padded out to the length of an entirely unnecessary paperback. 3/10.

I just can't decide how I feel about this. Part brilliant, part awful, my most bipolar experience since Everything and More. I guess I should 'fess up that I've never actually seen or read Hamlet, either, which obviously means I'm entirely unqualified to judge. Why was I even watching it? Oh deary. er... 5/10.

I'm falling way behind in my avowed intention to write up all the books and movies I'm subjected to. Primarily for my own benefit, rather than yours, here the first of a flurry of quick annotations that I'll never otherwise get around to. This fell off the shelf into my hands once more upon the news of his death in April. So it goes.

Still touching and funny and brilliant. 8/10. 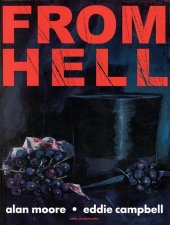 Moore has almost single-handedly transformed the definition of the comic industry in the last 20 years, and this fetishistically researched comic-book dramatisation of the dark and macabre Jack the Ripper murders is no exception to his visionary high standards. Moore plunges headlong into the sensational conspiracy theory that Royal Physician, Dr. William Gull, killed East End prostitutes to silence the story of an illegitimate royal baby, under the direct orders of the implacable Queen Victoria herself.

Dr Gull regards his mission as the great work of his life, which will not only quash the threat to the crown, but also fulfil ancient pagan destinies, reasserting the male dominance over matriarchy that began when the Romans reclaimed London and slew Queen Boadicea. Gull knows this because he has knelt before his God, who told him just what needed to be done. As a doctor, Gull knows that these visions are madness, brought about by his stroke of the previous year. As a man, however, he responds that "If this is madness, who'd be sane?", and, embracing the subjective reality of his hallucinations, he goes about his work with gusto, confiding along the way in his witless coachman and reluctant accomplice, Nettley.

The story is a tapestry, woven on many levels. The iniquities of wealth and power are richly depicted as the poverty-stricken residents of the East End are contrasted with the powers-that-be, who move swiftly and decisively to ensure that Gull is never caught nor found out, for fear of scandal, even while he goes on killing with impunity.

The appalling violence of the murders and dismemberment of the victims is shown in unflinching detail, one pivotal 34-page chapter "The Best of all Tailors", consisting solely of the actions of Gull, a renowned surgeon, with his victim in a tiny, squalid room, which made me profoundly grateful that the sketches are only in black-and-white.

Such graphic nastiness is not for no reason. Gull is convinced that the act of violence is a pivotal part of the ancient and grisly prophesies he is enacting. Under the psychological strain of each successive murder, Gull experiences increasingly vivid hallucinations, symptoms of his condition. But then, something altogether strange starts to happen. As his visions become more vivid, Gull begins to experience glimpses of the future. Visions of our time. At times and places where people have historically claimed to have seen the ghost of Jack the Ripper, Moore cunningly reverses the perspective, allowing Gull to see them also. By the end, Gull's visions have him stalking the sterile hallways of the modern world in blood-soaked shirtsleeves, roaring at oblivious office workers, exhorting them to look up and remember the history from which our century was birthed in blood. The ancient magic that Gull raved about was real, while we have lost our connection to our violent and animal past, and with it, our very humanity. 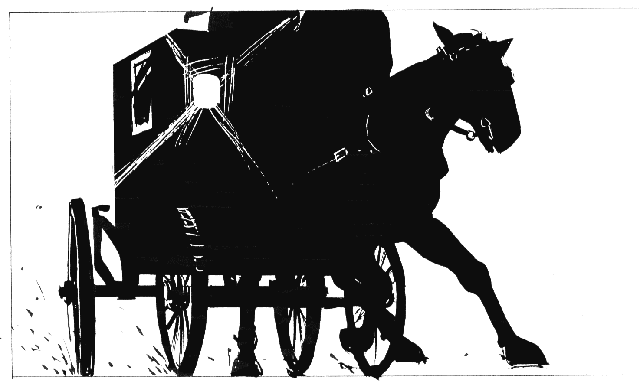 Google Calendar tells me that I've now had 8 piano lessons with the esteemed Marios. It's been heaps of fun, and it's long past time I shared my progress to date, in the form of some ghastly midi files. Download at your peril, they are truly awful - only of interest as a record of my progress.

First, a tune labelled as 'Beautiful Brown Eyes'. This is from a couple of weeks ago, the first time I managed to record a midi file. The timing's very sloppy - I haven't been learning any pieces by heart, so I'm struggling to read the music fast enough to play the tune. I'm trying to play as many different pieces as I can by reading the sheet music, rather than learning a few by heart, since that will hopefully exercise my ability to read music, albeit at the cost of sounding much less polished for the time being. That's my excuse and I'm sticking to it!

Next up, an even simpler tune, which means I have less difficulty reading the music and so the timing's a bit better.

Finally, the music from the computer game Tetris. This is a fairly new tune to me, and it's obvious that it's a real struggle. I'm not used to reading such large melodic intervals, and the notes extends over a broader pitch range than anything I've done before, so I can scarcely place my fingers on the right keys, never mind in time. Hopefully this will get better with practice.

It's summertime again, even in sodden old England, and that means it's festival season. True to its image as one of the newer and smaller festivals in the UK, Latitude had a good-natured crowd, diverse music - albeit without many big-name bands, was laid-back and eclectic, and not too muddy. 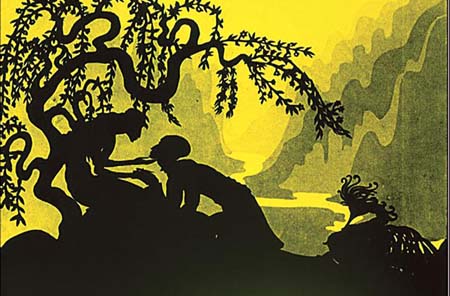 The defining highlight for me was a showing of The Adventures of Prince Achmed (1926), a beautiful rendition of tales from Arabian Nights, using stop-motion shadow-puppetry, accompanied by a haunting live musical soundtrack by Little Sparta. I've wanted to see the movie for ages - it is the first ever feature-length animation, and was brought about by the dedication of one woman, Lotte Reiniger, who single-handedly constructed all the cutouts in the movie using nothing more than scissors, and then animated them all by hand.

Ken Arnold posted about the problems with generics, namely that they substantially increase code complexity without providing commensurate benefits.

He's spot on - generics are the programming language feature that never should have happened, and I speak as someone who, when I was a heavy user of C++, loved generics. Even now I yearn for the elegant consistency of the Standard Template Library. But the points Ken makes from a Java perspective apply equally well to C++, and C# as well. That generics increase both the semantic and syntactic complexity of code is undeniable. Their benefit as a runtime type-checking mechanism does prevent - or at least help diagnose - certain classes of bug. But these bugs are not generally especially common, nor difficult to diagnose or fix in the first place. This can be seen quite clearly when considering that dynamic languages, which enforce no type checking at all, do not suffer in development effort nor code maintainability as a result - if anything, they demonstrate the converse.

One benefit that Ken doesn't mention is the use of generics to signal a programmer's intent - to make a collection homogeneous is, to a limited extent, to make it self-documenting. Again though, this benefit is small compared to the complexity costs.

When I started typing I thought I had more of a point. Ho hum.

I loved a recent post by GIS luminary Peter Batty about forthcoming developments in the GIS industry. However, I was struck by his allusions to a future release of Smallworld which would dispense of the problems caused by the common practice of individual clients writing custom software to tailor the system to their specific needs, by allowing sufficient data-driven customisation out of the box. I wrote a response which I think I'm going to post here as well. Suck it up.

My interest and excitement was tinged with a frisson of trepidation, at the description of the configurable GIS behaviour. I know there's a whole phalanx of very smart engineers at GE, who are no doubt immeasurably more cognisant of the following issues than myself. But, as is my wont, I'm not going to let that get in the way of an opportunity for a jolly good rant, so here goes.

Obviously data driven behaviour is brilliant. However, it's only good up to a point. Once the behaviour in question becomes complex enough (and a GIS definitely qualifies), there's a real risk of the Inner Platform effect: In an effort to achieve the same levels of flexibility as the programming languages that it is designed to replace, the configuration system ends up replicating all their features - badly.

Such an endeavour is caught between two stools. If it is insufficiently ambitious, the configuration will not be flexible enough to meet clients' needs. If it does manages to capture the power of the programming languages it replaces, then it is Turing complete, and all you have done is convert customisation using a standard, proven, well-known programming language into configuration using a ghastly proprietary language that is embedded within your configuration schema.

In addition, creating such a configuration actually ends up being much harder for clients. It requires deep proprietary skills, as opposed to common skills like C#, and it cannot lean on any of the supportive ecosystem of tools and knowledge that an established language has built up over the years. Perhaps worst of all, it will *still* require software engineering skills to perform the configuration, and all the good software engineers will have run a mile.

Like I say, no doubt there are smart people at GE who have been figuring out solutions to all this for years by now, but I'd have to hear what those solutions were before I'd trust such a system.

To my way of thinking, the best solution to the problem is to acknowledge that the best way of specifying behaviour is to use a programming language - that is exactly what they were designed for. Trying to sidestep that is simply swimming against the current, and you need to embrace it. You want a domain specific language (DSL), so that it is concise and intuitive for clients, but you don't want it to be a proprietary language - that way lies madness. So what you need is to provide is a library that extends an existing, established language, making it into your GIS DSL. Creating DSLs from Python or Ruby is all the rage these days, and I believe the above chain of reasoning is why.