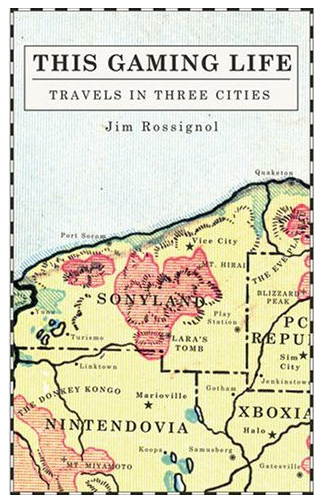 A gorgeous insider's look at videogaming culture, by an author who, after an unfulfilling stint as a financial journalist, has built his life around games.

Broken into sections corresponding with the author's experiences in London, Seoul and Reykjavik, it's thoughtful and manages to sidestep the patronising oversimplifications of mainstream media's gaming coverage.

From Tetris and Elite to Okami and Shadow of the Collossus, stopping along the way to examine the modding and indie scenes, the massively multiplayer intricacies of EVE Online, and the insane heights of Korean real-time strategy matches. He knows the best Prince of Persia was Sands of Time, by a country mile. He's one of us. I felt welcomed to his world. Join us - we'll be on the sofa.

10/10 if you understand that games have the potential to become the dominant art form of the 21st century.