I've been loving the two days of tutorials preceding the EuroPython conference. This morning I attended Richard Jones' splendid Introduction to Game Programming. It was an absolute pleasure to be walked through the creation of an example game like this, using Python game libraries like pyglet and Cocos, by someone who really knows what he's doing. Also, it's nice to have something visible to show after a morning's work: 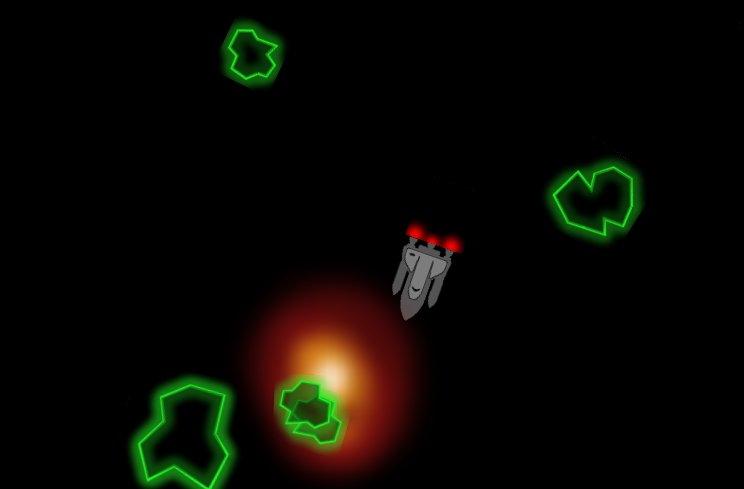 (Michael your idea of making engine thrust always visible was exactly what I needed to help me capture the screenshot.)

The code is based very heavily on samples that Richard provided and talked us through in great detail, so although I now understand it pretty thoroughly, I can't take much credit. Excepting, that is, for a handful of minor tweaks I couldn't resist making along the way, like the flickery animated engine thrust, that made me gurgle with delight.

For the artwork, I stole the shuttle icon (sssshhhhhh!), added the engine thrust, and created the asteroids themselves entirely from scratch in Gimp. They are just rotatable bitmaps, albeit designed in homage of vector graphics of yore, complete with simulated CRT glow. Brilliant!