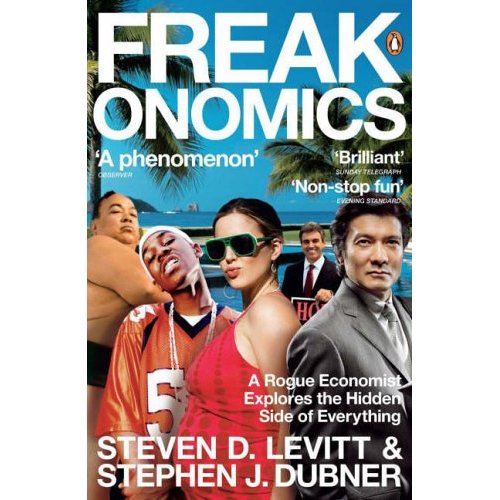 It was a bit of a phenomenon when it first came out, and I'm well known for my curmudgeonly resistance to popular phenomena, so forgive me for being so late to the party. I reached a point, sitting on a train carriage surrounded by no less than twenty-six commuters all obliviously reading the same book, where my resistance snapped and I simply had to buy a copy and join them.

Bit of a let-down, though. Not so much the wisdom of crowds, more like the lowest common denominator. There are cool ideas, here and there, which had me chuckling with glee, but these are few and far between, padded out monstrously, repeated almost verbatim in the introduction and then in the main text and then a third time in the 'bonus' sections tacked on to this revised edition. By the end I was sick of hearing about them. Roll it all up in the sort of rhetoric that feels the need to patiently explain that 'correlation is not causation!', and then illustrate it with pages of examples, and you'll see why I quickly lost patience.