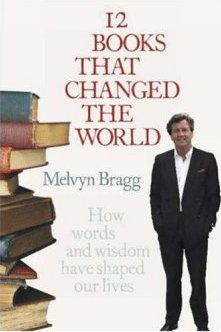 A brilliant assembly of potted snippets of history, ideal for someone like myself with scarcely a glimmer of an education. By cunning omission of the definite article, Bragg gets to talk not just about 12 important books, but is able to manipulate the list such that it is all about 12 British books, a move I heartily approve of. Apparently written to accompany some television series, I neither knew nor cared. For the record, his selection is below: